Aston Villa have been laced on Red alert as reports are claiming that Everton are ready to sell as many as six players this summer. The players on the list are not yet identified but it is believed that Colombian attacker James Rodriguez is one of those that have been asked to look for another club this summer. Villa are on a mission to strengthen their squad and they have continued to be on the lookout for the possible players they could sign this summer in order to have a strong start to the new season and to also have a better finish than they did in the previous campaign. 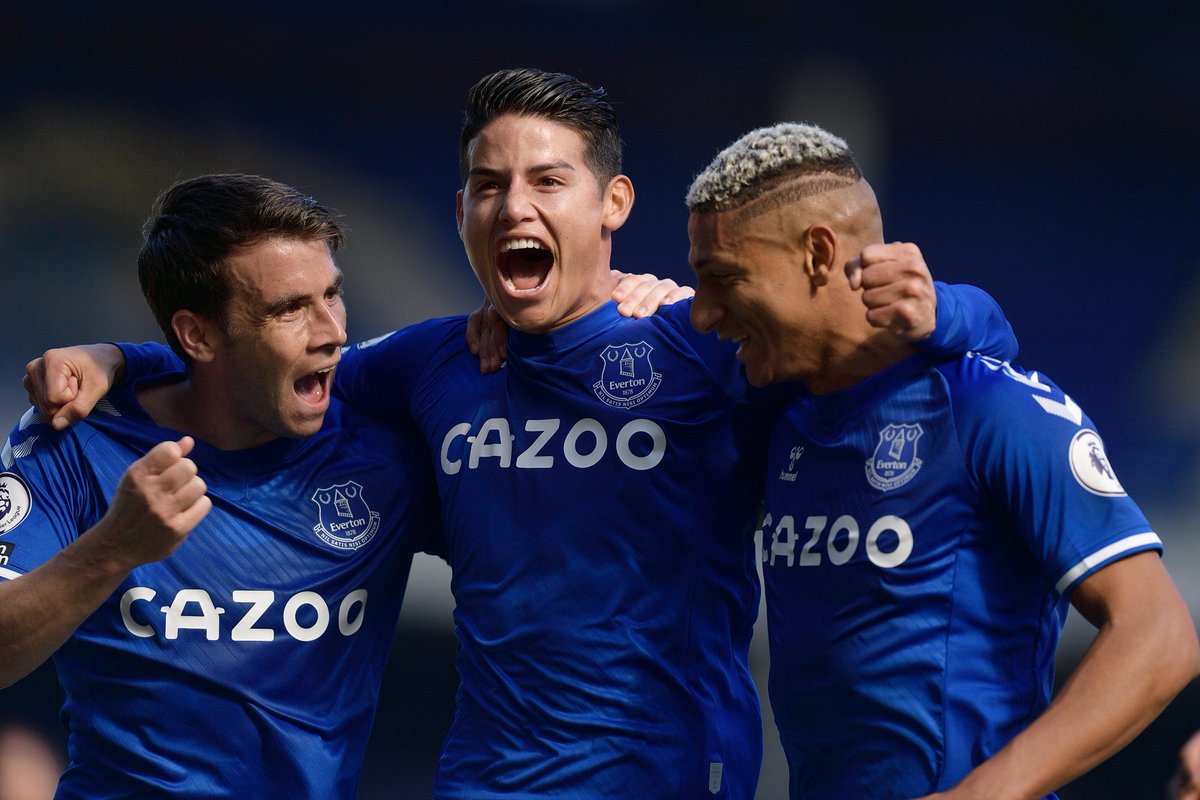 After signing goalkeeper Emiliano Martinez from Arsenal in the last January transfer window, they followed up on that sensational bit of business by signing attacking midfielder Emiliano Buendia from Norwich City, one of the latest clubs that recently gained promotion to the English Premier League from the Championship last season.

Everton recently signed a new manager in Rafael Benitez after they saw Carlo Ancelotti walk away from the club to rejoin Real Madrid following the stepping down of Zinedine Zidane at the Santiago Bernabeu. Benitez is reportedly prepared to conduct a major squad overhaul at the blue side of Merseyside and he wants to start implementing his new changes at the club, starting with the sales of players he feels he will no longer be needing at Goodison Park.

Rodriguez has been linked with a return to Real Madrid to reunite with Ancelotti, the man who was responsible for signing him for Everton in the past year. However, it is unlikely that Real Madrid will want to bring him back except if the entire transfer decision rests solely on Ancelotti.